Excerpt:
This awesome place in the town of Matera in the region of Basilicata, Italy, is carved out from the soft tuff rock mountain (sassi = rocks). In 1952 the inhabitants were forcefully relocated by the government due to breakdown of the dwellings’ complicated ecosystems and lack of sanitary systems, but that’s changing now that they have entered Unesco’s World Heritage list (1993). One of the main reasons for the inclusion on the list is the enormous rainwater collection system, another reason is of course the age – the oldest inhabited parts date from the Palaeolithic period, and are thought to be among the first human settlements on the entire peninsula. Several caves have been carefully restored, parts as museum, but most as proper homes, or as holiday homes, small businesses, hotels, and B&Bs.

I’ve been hearing about this for awhile and it is finally under construction!!

Excerpt:
The Bosco Verticale is a new superstructure designed to bring the world’s first vertical forest to Milan, Italy. While many were skeptical when it came to the feasibility of construction, Boeri Studio reports that the structure is certainly more than just a fantasy — in fact it’s well on its way to being completed this year. The project’s two towers have already reached full height, and since April of 2012 teams have been installing trees on the structure. Though construction has slowed due to rain and snowfall in Milan over the last couple months, things are anticipated to kick up again very soon to meet the late 2013 opening.

The two towers measure 260 feet and 367 feet tall respectively, and together they have the capacity to hold 480 big and medium size trees, 250 small size trees, 11,000 ground-cover plants and 5,000 shrubs (that’s the equivalent of 2.5 acres of forest). The types of trees were chosen based on where they would be positioned on the buildings’ facades and it took over two years of working with botanists to decide which trees would be most appropriate for the buildings and the climate. The plants used in the project were grown specifically for the building, pre-cultivated so that they would gradually acclimate to the conditions they would experience once placed on the building.

Link to original photos and article

Largest home in the U.S.

To keep up on what is happening in appraisal businesses, mortgage lending, USPAP, etc. , Plus humor and strange homes, sign up for my FREE weekly appraisal email newsletter, sent since June 1994. Go to Home on the left side of the menu at the top of this page or go to www.appraisaltoday.com
Sign up in the Big Yellow Boxes

I regularly write about hot topics in appraising and appraisal business management issues
in my paid Appraisal Today monthly newsletter.
$99 per year or (credit card only) $8.25 per month, $24.75 per quarter, or $89 per year.
For more info, go to https://www.appraisaltoday.com/products

Excerpt:
Biltmore Estate is a large private estate and tourist attraction in Asheville, North Carolina. Biltmore House, the main house on the estate, is a Châteauesque-styled mansion built by George Washington Vanderbilt II between 1889 and 1895 and is the largest privately-owned house in the United States, at 178,926 square feet (16,622.8 m2) and featuring 250 rooms.

Still owned by one of Vanderbilt’s descendants, it stands today as one of the most prominent remaining examples of the Gilded Age, and of significant gardens in the jardin à la française and English Landscape garden styles in the United States. In 2007, it was ranked eighth in America’s Favorite Architecture by the American Institute of Architects.

If suppliers’ reports are a gauge, the market is small but growing. Unlike 1950s-era fallout shelters and newer aboveground “safe rooms,” meant to protect against storms and home invasions, bunkers are buried at least 6 feet under, in part to shield occupants from nuclear radiation.

You can buy a bare-bones shelter for $38,000 uninstalled or spend tens of millions of dollars — and a surprising number do — on a lavish, custom-made subterranean sanctuary.

And yet, the fears are powerful. About 30% of Camden’s clients are into “2012 stuff, the-world-as-you-know-it-coming-to-an-end type stuff,” he says. “I’d say at least half, if not 55%, is all geared for economic collapse and anarchy.” The remaining 20% involves the military, data storage and EMP mitigation.

“Our typical client is a wealthy, white Republican, highly educated, usually with a minimum of a master’s degree,” Camden says. Typically, the shelter is attached to their primary residence. These clients, he says, fear that economic collapse is near.

My comment: Yes, I have watched a few episodes of Doomsday Preppers on TV. Very interesting, but somewhat strange. And I am a big fan of sci-fi post-disaster survivor movies and tv shows.

Why are there so many increasing lender/AMC requirements? 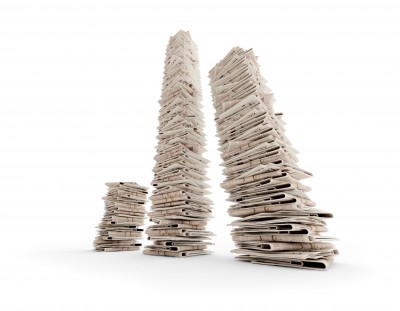 minor appraisal errors, such as typos, resulting in buy backs. Of course, many of the loan documents, including appraisals, have been lost.

Is this realistic? I don’t know, but lenders are worried so they tell their agents, AMCs, to increase appraisal requirements. There were much more significant changes in 1989, such as appraiser licensing, that will not be reversed.

AMCs work for lenders, and do what they say. But, if one of an AMCs lender’s require something, that AMC may require that it be done for all of their lenders because it is too much of a “hassle” to send out separate engagement letters for each lender’s appraisals.

This is a short excerpt from an article in the January, 2013 issue of the paid Appraisal Today newsletter, which focuses on AMCs, including background checks and a profile of an AMC that pays well and that appraisers like to work for.

Lord of the Rings – Hobbit houses from the movie

The Hobbit scenes from Lord of the Rings Movie Trilogy were filmed on a hillside lot in Matamata, New Zealand. Now the little Hobbit Homes have become a tourist attraction, but also they became homes for some of the sheep from a nearby farm. The interiors of these white structures were never finished because the scenes shot inside were actually filmed on a studio set.

Although the place where these Hobbit houses rest under the sun are not an intimidating fun Disneyland-like  amusement park, one can visit the countryside and get a chance to learn more about the sheep raised here and even pet the lambs. From inside the little houses the scenery opens to a beautiful valley with trees scattered here and there. The panorama is almost untouched by humans and it gives one the feeling of being in the right place at the right time. Round entrances and windows blend beautifully with the green grass creating a surreal environment that could give Lord of the Rings fans an exquisite travel experience.

The Hobbit House, in northwest Montana, about a three-hour drive from Spokane, Wash.,

is a guesthouse. Number of units: one. But it is a large unit. The Web site, which the reporter studies before arriving, shows a 1,000-square-foot structure built into a hill, on a 20-acre site dotted with structures that range from small to perfect for squashing with your foot: a four-foot stump-shaped troll house, a few round-door hobbit houses with chimney pipes and several shoe-box-size fairy houses.

But what is a visit to the Hobbit House without a tour of the shire? Into the RTV we go, accompanied by Mr. Michaels’s dog, Libby, a collie-shepherd mix. Here is a tiny sod-roof house belonging to Frodo, a Baggins relation; there, in the trunk of a tree, is a mother-son fairy abode (complete with two doors). Not everything is hobbitically accurate: there is a two-foot-tall hairy-back frog, because Mr. Michaels figured that if hobbits were hairy, their frogs should be, too.

“And look,” he says, steering the cart toward the sod-covered roof of the life-size guesthouse. “You can drive over the house, because it’s built into the ground. Right now, we’re 30 feet over your bedroom.”

Link to a story written by a New York Times reporter with a photo slide show
http://www.nytimes.com/2011/08/11/garden/the-hobbit-house-in-montana.html?pagewanted=all&_r=0

A new World Record was set in 2005, as the 2 Hour House was constructed in 2hrs 52 mins 29secs. The event took place in Tyler, Texas, where volunteers from various building trades came together in an unprecedented show of team spirit. In July 2006, the 2 Hour House project donated $30,000 back to the East Texas community, through six non-profit charitable organizations. This clip is an excerpt from the 60-minute documentary. For information and to purchase the full-length DVD, visit http://www.2HourHouse.com

I love the music!! I shoulda been there drumming!!

Thanks to Brad Stinson of Zaio for this great link!! 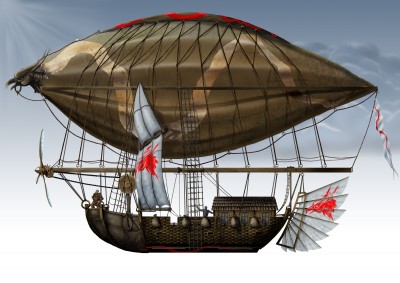 Lift Your House With Balloons!!

Excerpt from article:
Back in 2009, Pixar Animation Studios released the immensely successfu

l “Up.” The comedy-action film went on to be nominated for five Academy Awards, becoming only the second animated film to receive the honor, behind Disney’s “Beauty and the Beast.”

In short, “Up” was a landmark film, both beautifully rendered and beautifully told. The film follows curmudgeon Carl

Fredricksen, who attaches balloons filled with helium to his home until he and it are lifted away on an exotic adventure.

As a company that deals with homes, Movoto Real Estate had to ask: How many balloons does it take to lift a house? Fortunately, great minds have already tackled the question. This, however, didn’t stop us from building on fellow balloon enthusiasts’ work and calculating how many balloons it would take to lift some of the world’s most famous structures–imaginary or not.
Before we get to the fun, we’ll recap how others have attempted to tackle this question. Read more at:
http://www.movoto.com/blog/novelty-real-estate/balloons/
Posted 11/25 by Robert Milo on Facebook – I am a real estate appraiser. Thanks, we all need a little humor!!

How hard can it

be to lift a house with helium balloons? A National  Geographic team of scientists, engineers, and balloon pilots has demonstr

ated how to achieve such a feat, which was filmed for a new TV series called “How Hard Can It Be?” They conclude that, although it’s very difficult, it’s not impossible.

It took the team about two weeks to plan, build, and lift the house into the air using balloons. They needed about 300 weather balloons, each of which inflated to a height of 8 feet, in order to lift the 2,000-pound, 16×16-foot yellow house. Lifting off early in the morning outside of Los Angeles, the house floated for about an hour and reached an altitude of 10,000 feet. According to the National Geographic Channel, the floating house set a world record for the “largest balloon cluster flight” ever attempted. The entire aircraft of house and balloons was about 100 feet tall.

Click here to Read more and check out the great video