And wouldn’t home loans be streamlined if the owner of the loan/investor didn’t care about the value? No appraisals! On the flip side, what if every home loan required three appraisals? That would sure bog thing down. The topic of waiving appraisals (who, what, where, when, why) is a hot one. The general belief is that the PWI is not as much predicated on the home, nor the loan structure, and more in the availability of prior appraisals in the area. Appraisals being in “machine language” making them readable, and the data more subject to compiling and valuation algorithms is hot stuff. And some wonder that if Freddie and Fannie are under government conservatorship, could that information be subject to a FOIA request?

My comment: I have been subscribing to Rob Chrisman’s newsletter for a long time. It focuses on lenders and mortgage originator news, but sometimes has some interesting material on appraisals. In this one, there is some analysis from the appraiser side. Nothing new for appraisers, but it is always good to see what loan officers and lenders are reading.

Is Open Data in Commercial Real Estate a Pipe Dream?

The property industry has had its own push towards open data. Redfin and Zillow are able to syndicate what were previously private residential listings after years of effort and an eventual DOJ ruling against local Realtor organizations and their Multiple Listing Services. Spencer Rascoff, Zillow’s co-founder and CEO, went on the record to say that “Anyone whose business model is predicated on the assumption that their secret data will remain secret and proprietary, that’s not a sustainable business model. This data will inevitably be free.”

But commercial real estate is not residential. Even though sales records are public, just like their residential counterparts, commercial properties don’t change hands often and so rely on lease revenue as the main way to estimate their market value. These lease terms have always been private, a confidential agreement between the landlord and the tenant. This was an asset for large real estate firms or those with heavy geographical or sector-specific focus, giving them the ability to understand the market better than their competitors and conduct the information arbitrage that the property industry has always relied on.

Worth reading for both res and commercial appraisers. Good analysis of government data. To read more, click here

My comments: Commercial and residential data for appraisals has been going farther apart every year.

Residential appraisers are no longer “keepers of the data” with MLS listings and sales and “values” from Zillow, etc all over the Internet for free. Fannie wants appraisers to focus on analysis, not data collection.

Commercial appraisers are still “keepers of the data”. In my market, Costar has been around since the 1980s and is much more expensive than any MLS. The data is not often very good, but it often provides contact info. Mostly missing is accurate income and expense information. For listings, in many areas appraisers have to drive around looking for real estate listing signs. I remember the days of going to the county recorders office for info. Now, the recorded deeds, and other information, are online.

I have been waiting for decades to see a commercial AVM. Why not? Lack of Data. Costar has been unwilling to allow the use of its data. Warehouses would be good. Apartments could work in non-rent controlled areas. 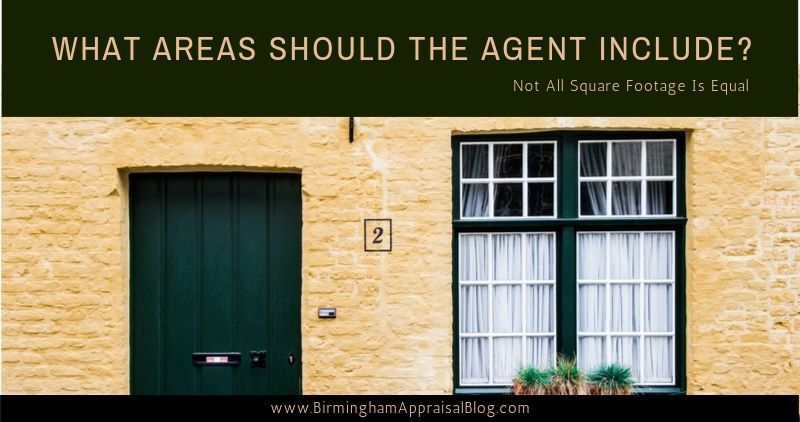 Should The Agent Include These Areas In Square Footage?

Excerpt: The most thrown around metric in real estate has to do with square footage and price per square foot. People ask me all of the time what homes in this or that neighborhood are selling for per square foot.

Why do they do this? Because they want to take the price per square foot and then multiply it by the square footage of their home to find out what it is worth. Sounds reasonable right? Wrong….

(An example I see a lot): A heated and cooled finished room that is attached to the main house but you get to by going outside of the main house should not be included in the main GLA.

My comment: written for real estate agents, but many appraisers, including myself, regularly get asked “what is in the living area” by agents. I do. This article focuses on ANSI and may help you explain it to them. There are links to his other blog posts on this, and related, topics.

Excerpt: A self-described data geek who enjoys making visualizations as a hobby, has created a fascinating timeline video that shows the most popular websites between the years of 1996 and 2019 in chronological monthly order.

Unsurprisingly, AOL had the most visitors in the early years of the web. Yahoo overtook AOL in 2001. Google took the helm of number one in 2006 where, after a bit of jockeying, it remains today.

Getting too many ad-only emails?

4 ways to get only the FREE email newsletters

and NOT the ad-only emails

New in the November Issue of the Paid Appraisal Today. Available Now!!

To read the articles, plus 2+ years of previous issues, subscribe to the paid Appraisal Today.

If these article gave you good idea, it is worth the subscription price!!

Cancel at any time for any reason!!!

www.appraisaltoday.com/products  or call 800-839-0227. What’s the difference between the Appraisal Today free weekly email newsletters in this blog and the paid monthly newsletter?

Click here for more info!
If you are a paid subscriber and did not get the October 2019 issue, emailed Friday, November 1 2019, please send an email to info@appraisaltoday.com and we will send it to you!! Or, hit the reply button. Be sure to put in a comment requesting it. 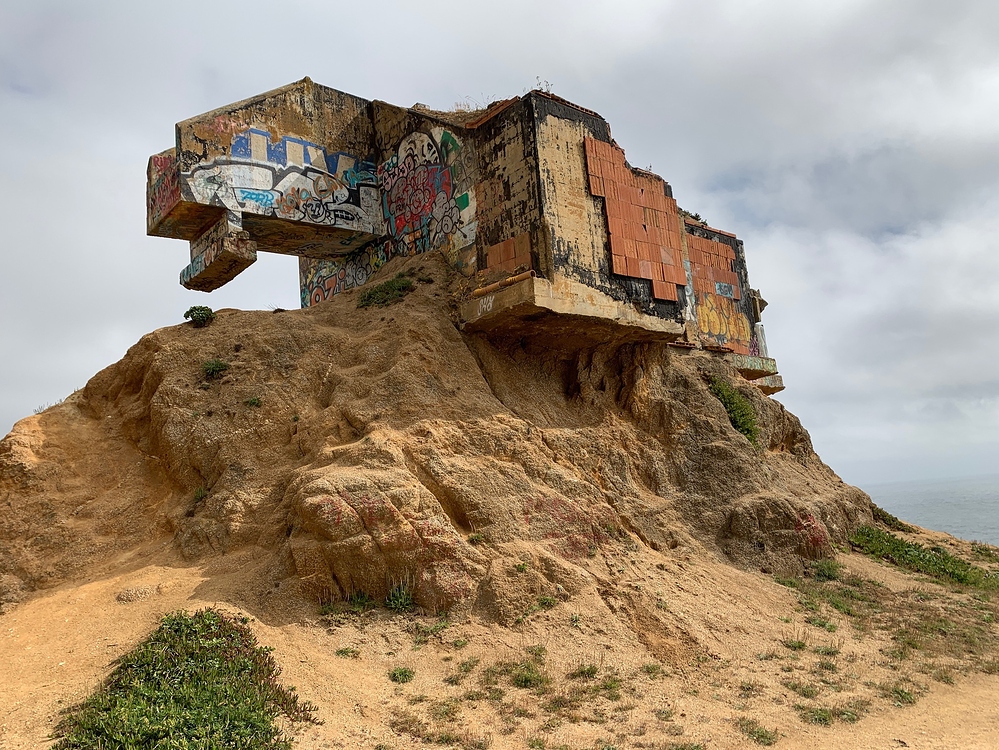 Excerpt: In every city, town, or countryside exists a piece of infrastructure that may now be defunct, but is unforgettable. These roads, bridges, railways, and other commodities were once considered the future, now they remain as historical artifacts and an ode to past memories.

My comment: the second one down is about 20 miles from me. We have some of them from World War II, when everyone thought the Japanese were going to attack the west coast. You may be surprised where they are located!!

There were lots of great appraiser-related posts yesterday for Halloween. These are my faves. Plus my comments, of course ;>

Excerpt: Would you buy a home if the street address was 666? How about 13? Which is better—an address with 4’s or 8’s? While many people don’t consider themselves superstitious, 10% of Americans suffer from “triskaidekaphobia,” or fear of the number 13. Even more dramatic, the Stress Management Center and Phobia Institute of North Carolina claims that the US economy loses between $800 and $900 million every Friday the 13th due to reduced activity caused by “paraskevidekatriaphobia,” a tongue-twisting word for fear of Friday the 13th.

My comment: I have seen owners get an addresses changed. One was very recently changed, after the home was purchased, and I had to get a plat map to locate the comp!

Excerpt: Forty-three percent of respondents may have had a ghost as a roommate

Strange noises and shadows are the most common spooky happenings

Selling a Haunted House? Here’s What You Need to Know

Excerpt: Your dream home may be haunted, and in most states, sellers don’t have to say boo about it.

Ahead of Halloween, Zillow scared up a state-by-state analysis and found only four deal with paranormal activity in their real estate disclosure laws: New York, New Jersey, Massachusetts and Minnesota.

In New York state, courts will rescind a home sale if the seller creates and perpetuates a reputation that the house is haunted and then takes unfair advantage of a buyer’s ignorance of the home’s ghostly reputation. For example, if you invite reality television ghost hunters to your home, then later sell your poltergeist palace to an unwitting buyer who prefers sitcoms, a court could make that sale vanish. 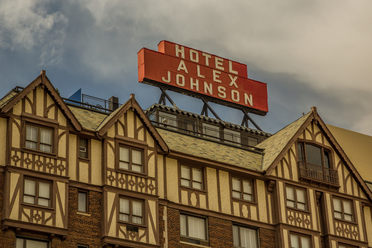 11 Haunted Hotels Where You Can Rest in Peace

Even if some of your fellow guests can’t.

Excerpt: here there’s a historic hotel, there’s also often a ghost or two. You can find these spirits most anywhere, mingling with guests in swanky spots frequented by Hollywood stars or roaming the cozy corridors of bed and breakfasts. From a quaint inn in the Scottish Highlands to a Colorado hotel so haunted it inspired Stephen King to write The Shining, here are 11 spectacularly spooky places to spend a night—if you dare.

My comment: I recently had lunch with a local appraiser. We somehow started talking about what is beyond what you can see. We had never talked about this before, for unknown reasons. He sometimes stays at a Bed and Breakfast in an old historic home when he travels. He said once he woke up and there was a woman standing at the foot of his bed. He is definitely not a person who would have “imagined” this. He spoke with the owner, who said the woman had been seen before.

Note: I publish a graph of this data every month in my paid monthly newsletter, Appraisal Today. For more information or get a FREE sample issue go to https://www.appraisaltoday.com/products.htm or send an email to info@appraisaltoday.com . Or call 800-839-0227, MTW 7AM to noon, Pacific time.

Mortgage applications increased 0.6 percent from one week earlier, according to data from the Mortgage Bankers Association’s (MBA) Weekly Mortgage Applications Survey for the week ending October 25, 2019.

“The 10-year Treasury rate rose slightly last week, as markets expected more progress toward a trade deal between the U.S. and China. Mortgage rates increased for the second straight week as a result, with the 30-year fixed rate climbing to 4.05 percent – the highest level since the end of July,” said Joel Kan, Associate Vice President of Economic and Industry Forecasting. “Mortgage applications were mostly unchanged, with purchase activity rising 2 percent and refinances decreasing less than 1 percent. Purchase applications continued to run at a stronger pace than last year, finishing a robust 10 percent higher than a year ago. Considering how much lower rates are compared to the end of 2018, purchase applications should continue showing solid year-over-year gains.”

The average contract interest rate for 30-year fixed-rate mortgages with conforming loan balances ($484,350 or less) increased to 4.05 percent from 4.02 percent, with points decreasing to 0.37 from 0.38 (including the origination fee) for 80 percent loan-to-value ratio (LTV) loans. The effective rate increased from last week.

The average contract interest rate for 30-year fixed-rate mortgages with jumbo loan balances (greater than $484,350) increased to 4.01 percent from 3.96 percent, with points remaining unchanged at 0.30 (including the origination fee) for 80 percent LTV loans. The effective rate increased from last week.

The average contract interest rate for 30-year fixed-rate mortgages backed by the FHA increased to 3.83

percent from 3.79 percent, with points increasing to 0.28 from 0.26 (including the origination fee) for 80 percent LTV loans. The effective rate increased from last week.

The average contract interest rate for 15-year fixed-rate mortgages increased to 3.40 percent from 3.39 percent, with points increasing to 0.36 from 0.35 (including the origination fee) for 80 percent LTV loans. The effective rate increased from last week.

The average contract interest rate for 5/1 ARMs increased to 3.43 percent from 3.29 percent, with points decreasing to 0.23 from 0.35 (including the origination fee) for 80 percent LTV loans. The effective rate increased from last week. 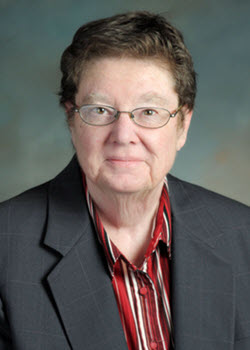