Statute of limitations for appraisals

Statute of limitations for appraisals
Why You Should Keep Your Workfile for 7 to 8 Years
By Peter Christensen, Liability Insurance Administrators, www.liability.com

In 2013, many lawsuits against both residential and commercial appraisers continue to relate to appraisals performed years ago at the peak of the real estate price bubble, 2005 to mid-2008. These lawsuits are filed by borrowers, lenders, investors or the FDIC and typically allege that an appraiser’s inflated value resulted in the plaintiff borrowing, paying or loaning too much money.  The plaintiff blames its loss on the appraiser and sues for damages.

When reporting a claim like this to our office, one of the most common questions a defendant appraiser will ask us is about the applicable statute of limitations. The question is usually something like: “I did the appraisal in 2005, more than five years ago. I threw out the workfile because USPAP only requires me to keep files for five years. Won’t the lawsuit be dismissed based on the statute of limitations?” The answer to that question is almost always “probably not.”

The purpose of this Claim Alert is to clear up misconceptions that appraisers read and hear regarding statutes of limitations and to advise appraisers about the importance of retaining workfiles well beyond USPAP’s bare minimum recordkeeping requirement.  A good workfile is the appraiser’s defense tool kit when a claim comes in.  Without that workfile in hand, the appraiser’s defense counsel will usually be hampered in his or her ability to defend a claim.  Our advice on this issue is simple: keep your workfile for seven to eight years (unless a longer period is required under USPAP’s special requirement for assignments where the appraiser has provided testimony).  The discussion that follows should help you understand why.

My comment: Worth reading. You can be sued at any time, for anything, by anybody. Be careful out there. Have I always kept my files for over 5 years? No. Three years ago I significantly downsized my office at got rid of a lot of appraisal files  over 5 years old. Mistake!!!

Why are Appraisers Furious at Fraud by their Peers while Corporate Lawyers are Complacent?

Thanks to appraiser Joe Lynch for posting this link online!!

Excerpts:
I have done a series of articles about the efforts of honest appraisers (which began in 2000) and loan brokers to alert the lenders, the markets, and the government to the twin fraud epidemics (appraisals and “liar’s” loans) committed by lenders’ controlling officers that drove the financial crisis.

I have spoken to several groups of professionals who audit and many board members.  I always ask:  “who were the heroes?”  Which members of their profession stood up and put their careers on the line to prevent the crisis?  They have not been able to come up with a hero from their professions.

What about corporate lawyers?  I get the same answer about heroes when I speak to legal groups made up of professionals who represent corporations

Why are Appraisers Furious at Fraud by their Peers while Corporate Lawyers are Complacent?

Excerpt:
We expect housing starts and home sales to continue to
increase, as home prices continue their recovery. Rising rates have already caused refinance activity to drop significantly, but home buyers who are able to and need to purchase a home will likely adjust accordingly in the current rate environment to complete their purchase. The Fed’s delay in tapering asset purchases has pushed rates down slightly, but we expect
that this is just a pause and rates should continue to increase in the coming months.

For the full MBA finance commentary, go to
http://mbaa.org/NewsandMedia/PressCenter/85717.htm

The appraisal report form was presented to the Appraisal Committee of the U.S. League for review and consideration for adoption and use by savings and loan associations across the United States. The form was initially presented on green paper with green ink strictly for marketing spin. The form was approved for nationwide members’ use by the U.S. League’s Appraisal Committee and was numbered form #17-PRA, Professional Residential Appraisal by the U.S. League staff. Form #17-PRA was then printed and sold by the Accounting Division of the U.S. League. Remember, this occurred in 1962 (pre-ACI), so the completion of this form was intended to be a handwritten field report, and submitted accordingly.

It wasn’t until after the form was released and in production when the appraisal staff of the First Federal Savings and Loan Association of Indianapolis submitted a report critiquing the new form. This critique was published in a monthly professional trade magazine of the Society of Residential Appraisers. Of historical note, it was this local Indianapolis S&L appraisal committee that affectionately dubbed the new form “The Green Hornet”! Ironically, the name stuck and even today, almost fifty years later, the Green Hornet continues to charm and identify with the residential appraisal process.

In 1984, twenty-two years after the birth of the Green Hornet, a new initiative to create a standard appraisal form was spearheaded by the Society of Real Estate Appraisers. A committee was formed out of this initiative, wherein the Society of Real Estate Appraisers appointed F. Gregory Opelka, MAI, SREA, SRA, as Chairman of a new Uniform Appraisal Form committee. He was directed by the SREA to select and work with appraisal representatives from the Appraisal Institute and several various government agencies. Howard Sears, acting President of the SREA called for the development of a new common form. Aside from the SREA, the Institute, Fannie Mae, Freddie Mac, FHA and the VA, there were a few other government agencies, and all were actively involved in the development of this new form.

The advent of the personal computer provided better tools to develop the successor to the Green Hornet-an appraisal form using spreadsheet-like software. Initially, my Dad designed the new form in Visi-Calc and then shifted to developing it in Lotus 1-2-3.

My comment: I wonder what would have happened if a standard lending form was never developed? I remember when every relocation company had a different form. What a hassle!! I don’t even want to think about what if every lender had a different form….

How much vacation time do self employed appraisers usually take per year?

My comment: I remember 26 years ago, when I was a corporate employee with 3 weeks vacation, plus sick leave. Of course, I was not a good employee. I am just not suited for working for someone else. But, I do miss those regular paychecks, vacation, benefits, etc. etc.

Want to live in a geodesic home or a reproduction of a medieval castle? Jumbo borrowers shopping for offbeat homes may face challenges in getting a mortgage.

Kristi Gillis and her husband, Bill Hollars, bought a geodesic home in Montera, Calif., for $700,000 last fall. The couple was preapproved by a major bank for a jumbo mortgage, but when they told their lender they planned to buy the domed home, the bank withdrew the financing. Every lender they contacted refused to discuss a loan because of the house’s unusual shape. “What was upsetting is that we thought we’d done everything right,” Gillis said. “We both were pretty shocked, and even the agents involved were surprised.”  (They did finally get a loan)

“An artsy person who lives outside the box will look at one house and think it’s stunning,” said Karen J. Mann, a Discovery Bay, Calif.-based appraiser who covers the San Francisco, Silicon Valley and Sacramento communities. “When an appraiser looks at it, it’s about what’s the norm for the area.

My comment: And the appraisals can be nightmares!! Fortunately, we can google the address and see the house before re-negotiating the fee or Just Say No!

Question: What is your highest level of education (non-appraisal related)?
www.Appraisalport.com poll results

What level of education, training, and experience should a review appraiser have relative to the appraiser originating the report?

During this holiday season, I plan to:

My comment: Bad, Bad, Bad for 45% who will be working! And this does not even count just not working on Xmas!! 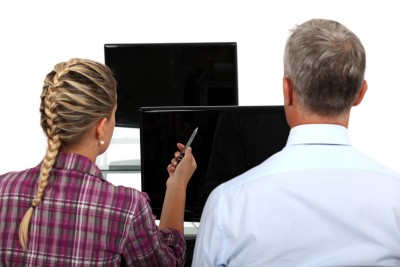 If this is an issue for you, be sure to speak out!! The AQB reads all comments.