What is so Important About the Damn Neighborhood Analysis that the Reviewer Nicked me for it?

Excerpt: Question: in a recent review of one of my appraisal reports, the reviewer said my neighborhood analysis was poor. I asked what that meant and she indicated I should familiarize myself with Fannie Mae’s requirements for a NEIGHBORHOOD ANALYSIS. She also indicated what I had in my report was just a recitation of facts, but (a) lacked any analysis of neighborhood trends and (b) therefore I did not analyze the neighborhood sufficiently to reconcile my conclusions of the neighborhood trends and its effect on both my highest and best use conclusion and my final value opinion. I came in just over the contract price. What does the reviewer want from me? I did what I always do in an appraisal! Help me!

My comment: Tim always has great answers for appraiser questions! He is a regular contributor to the paid Appraisal Today, with articles on USPAP 2020-2021, state board problems, etc.

What type of heater is needed for a loan appraisal?

Can the Appraisal Profession be Saved?

Notice dated 10/24/16. I suspected that this was where Fannie was going with UAD and CU.

Refis only.. for now. $75 to waive the appraisal requirement.

Fannie has been testing it for quite awhile with some lenders. You may see this referred to as “Day 1 Certainty”, the name Fannie has chosen. They are also waiving reps and warranties (buy backs) so it will be very popular.

Link to the 2 page fact sheet: https://www.fanniemae.com/content/fact_sheet/property-inspection-waiver-fact-sheet.pdf
Thanks to Dave Towne for this very interesting news!
My comment: I will have an article n this topic for my November newsletter, out November 1, including what this means for you plus lots more details. I have read all the documents, going back to a newspaper article in as 2002. Very interesting.
Back to Top

The Surprising Origins of the Tiny House Phenomenon

Invariably, someone will remind you that civilization emerged from tiny houses-caves, yurts, tents, wigwams, igloos, grass huts, and so forth.

These early antecedents are beside the point. Sioux, Samoans, and Inuits were not offered more spacious alternatives. But people who opt for tiny houses-meaning the kind that tug at heartstrings and star on cable-generally choose to live small. The reasons aren’t just practical, but also ethical and emotional.

the true parents of tiny-house living are hermits. From the ancient Chinese Taoists in mountain caves to the Desert Fathers of third century Christianity and onward (the word “hermit” derives from the Greek word for “desert”), hermits were the first people to actively downsize to confined, remote, and minimally furnished living spaces.

My comment: The most interesting article I have read on tiny houses. Of course, I started sailing sailboats in the early 1970s. Living aboard a sailboat is the Ultimate Tiny House!! Narrow and long but very portable… Another good link from Jonathan Miller…

Mortgagees should note the following about case transfers relative to appraisal reports in both the EAD (electronic appraisal delivery) portal and FHAC:

In 100 Years, $77 Billion Worth Of San Francisco Property Could Be Underwater

Around the city, more than 200,000 commercial and residential buildings-along with major infrastructure like the airport-are at risk from either temporary flooding or permanent loss due to sea level rise if the city does nothing to prepare. Even more dangerously, the risk extends well inland, and isn’t limited to property directly on the coast.

Armed with the new maps, San Francisco is currently creating a strategy to try to save as much property as possible. “It’s almost inevitable that, in the end, the plan will be a combination of multiple approaches,” says VanderMarck. “One approach in some areas will be to surrender to the fact that seas are rising-it’s impractical, either economically or for other reasons, to try to defend against that in certain areas.” In other places, the city may build higher walls or other defenses.

In the Ocean Beach neighborhood, for example, it’s likely that the city will reroute portions of the road that’s currently along the water, replacing some areas with open space, while also building up dunes and protecting some infrastructure like a wastewater tunnel. On Treasure Island, where the city is planning to build a new sustainable community, any new housing will be set back from the water, with parks along the edges-parks that very likely will be reclaimed by the bay.

My comment: FEMA is rezoning all the coastal properties in the U.S., including my small island city in San Francisco Bay. Of course, the big complaint was having to buy flood insurance for those who have mortgages….

Check out the full article and the very interesting graphics:

Not C/R fees? File a complaint with the FDIC!!

Here is what VaCAP received from an appraiser who reached out to the FDIC:

I just had a call from an extremely pleasant lady named Susan Welch from the FDIC Consumer Response Center (1-800-378-9581). I had sent a note over regarding an AMC attempting to get me to sign a “Base Fee Letter” agreeing to a drop of my base fee for full appraisals to $325 from $400-500. She said the FDIC is VERY interested in hearing from appraisers regarding AMCs paying low fees. As you know FDIC regulates the banks, who are responsible for third party oversight with AMCs they engage. FDIC wants Regulation Z to be followed and will enforce it for appraisers.

Incidentally I opted to have them proceed while keeping me anonymous, a la whistle blower status. Susan said she would be surprised if they had not investigated this within 90 days.

FDIC bank examiners will contact the bank involved and look at their procedures for engaging appraisers, look at fees appraisers are actually paid versus what is considered C&R based on things like the VA sheet and go from there.

Click here for more info plus read the comments:

We usually use trees as building material in the form of struts and planks. But all over the world, people have found ways to create dwellings, bridges, and sculptures out of trees without even cutting them down. Using trees to create living structures is much slower to build (read: grow) than traditional methods, but it creates some truly fantastical natural creations. Take a look at some of the world’s coolest feats of arbortecture.

My comment: All I can say is WoW!! Great photos plus some text info. Just Click On It!!

Celebrity names not adding to appeal for home buyers?

May. 16, 2016 – 3:00 – Douglas Elliman Broker Chris Leavitt on the challenges celebrities face trying to sell their homes.

Another great one from Jonathan Miller. I guess he watches a lot of tv and tweetlings, when not doing lotsa graphs and other stuff ;>

5 of the oldest homes in the country (listings) Video

Worth waiting for the commercial to end. Very short video. All were built before George Washington was born, back to the 16th century.

Professional attire for appraisers from Dave Towne, of course…

Recommended new attire to please all AMC’s who demand that ‘we’ dress professionally.

But this actually looks best with white shorts and silver edged flip flops! 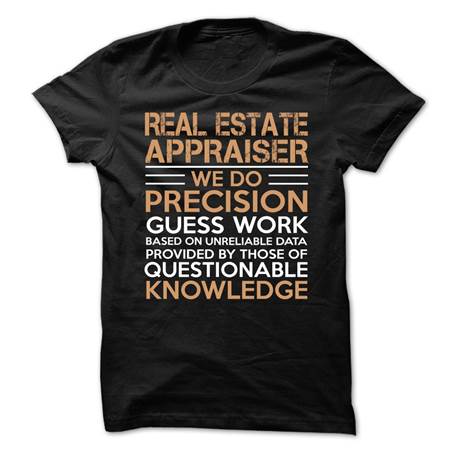