Excerpts: Real estate appraisal is an exciting and enjoyable profession—for the most part. But every appraiser knows that the job can be stressful at times, especially for those who are self-employed. If you’re having a hectic or frustrating day on the job, it helps to have a sense of humor. Here are some super funny quotes about work stress that we hope will brighten your day.

“‘Yay! It’s the weekend!’ Said nobody who is self-employed.”

“There cannot be a stressful crisis next week. My schedule is already full.” ­— Henry Kissinger

Very creative gifs! Sorry, they don’t work in these emails. To see them, click here

Appraisal Creep – The Hidden Reason Why House Prices Are Too High

Excerpts: Appraisal values should not be influenced by the price of the listing, but could a bias exist that proves otherwise? “Does the typical appraisal protect you from overpaying for a house?” asks John Wake in his article, The Hidden Reason Why House Prices Are Too High (And Income Growth Is Too Low) — Appraisal Creep. 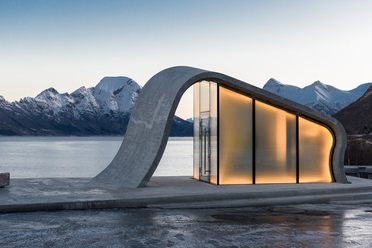 Excerpt: The world is filled with remarkable restrooms. Some of them are no longer open to the public, such as the Stufetta del Bibbiena, a small bathing chamber with erotic-art-covered walls in the Vatican’s Papal Apartments. Others have been transformed into something totally new, like the London coffee shop that was once a Victorian urinal. But there are plenty of breathtaking bathrooms that are publicly accessible and just waiting to be wetted. These are 10 of the world’s most opulent and bizarre bathrooms.

Here are a few

My comments: FYI, bathrooms are one of the very most popular topics in these free appraiser weekly emails. I have no idea why ;>

Number of Bathrooms in New Homes

Excerpt: The Census Bureau’s latest Survey of Construction (SOC) shows changes in the number and shares of bathrooms and half-bathrooms of single-family homes started in the United States in 2018. The latest year’s data show that 3% of new single-family homes started had one bathroom or less, 64% had 2 bathrooms, 26% had 3 bathrooms, and 8% had 4 bathrooms or more. The term “bathroom” as used in this post refers to a full bathroom.
Interesting analysis, worth reading To read more, click here 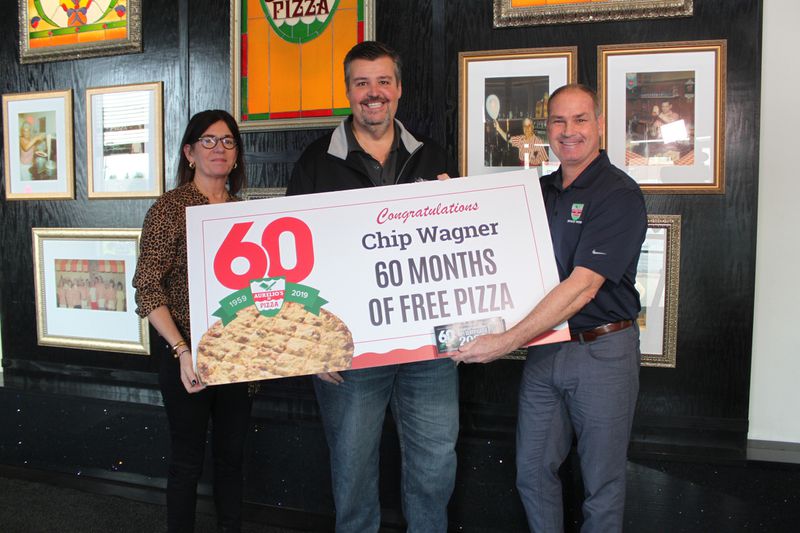 Good News: Appraiser wins $100 worth of Aurelio’s pizza every month for next five years

“I had the call on speaker and my wife said, ‘I think this is really Joe,’” Wagner said.

My comment: I have known Chip for many years. He deserves pizza plus a little big of fame ;> Appraiser in the Good Newz!! Thanks to Jonathan Miller for this Fun link!!

Lots of info, including their updates. I use it a lot. Read this month’s newsletter and the old newsletters.

My comment: Some useful info in the Update. Of course, appraisers are worried about appraisal waivers. Fannie has a short explanation about the risk and when they are used. I have known for decades that some properties were low risk and appraisals were not really “necessary”. Especially with a low LTV, good credit, etc. CU has so much data now it is much easier to make a determination. Bifurcated are coming. Fannie decided to postpone them without an appraisal, but I am sure this is the future.

What’s the Shelf Life of An Appraisal?

Except: All of this has let me to the question du jour. What is the shelf life of an appraisal? I am asked on a regular basis, “How long the appraisal is good for?”. The simple answer is, one day. Namely, the effective date of the report. Real estate appraisals reflect the appraiser’s opinion of value of the property being appraised, based upon a specific point in time. Why?

Real estate values are changing every day. Like food, there are external forces that affect the value of a home, and how rapidly it changes. Does that mean that the appraised value will be dramatically different the day after the effective date of the appraisal? Probably not. However, no appraiser can see into the future to know what tomorrow will bring.

My comment: I love these very creative articles. I have no idea how he does mashups of appraisals and all types of other topics! Plus I thought I understood food shelf life. Now I know a lot more ;> Creative videos and animated gifs, etc. Lotsa fun!! 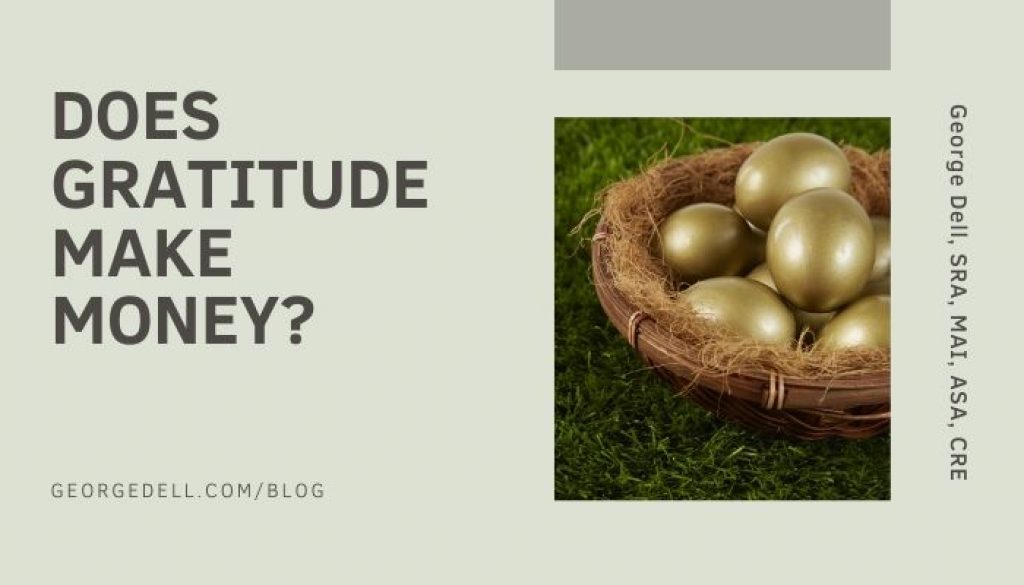 Excerpt: This question caused me to rethink the relationship of ‘spiritual’ or ‘mental health’ principles to profitable business practices. From last year’s blog, the research showed benefits with: relationships, physical and emotional health, reduced anger/isolation, sleep, self-esteem, and even improved brain power! Cool.

So, do these things cost me money? Or do they help make more money?

Let’s start with the obvious: what’s in an appraiser’s required belief system: Standards, ethics, and conduct. Recall that USPAP requires you to be worthy. Worthy of belief. Credible.

So, what in that list helps me make more money?

My comment: Very good appraisal comments for Thanksgiving and the upcoming holidays! Worth reading.

What Was Your Previous Career Before You Got Into Appraisal?

To read more, click here Check out the respondent comments and a list of some of the many previous careers

My comment: I was a chemist before I started appraising. Really like learning about science in school, but 7 years of lab work was too boring. I felt trapped inside. Saw an ad for “appraiser assistant” at the local county offices. “Work in the field.” I had never heard of it, so read a book about it at the library (1974). I got the job and still love appraising!! I didn’t see many science careers on the “Other” list. But, I think it prepared me well for appraising as I was trained to be very objective and analytical. 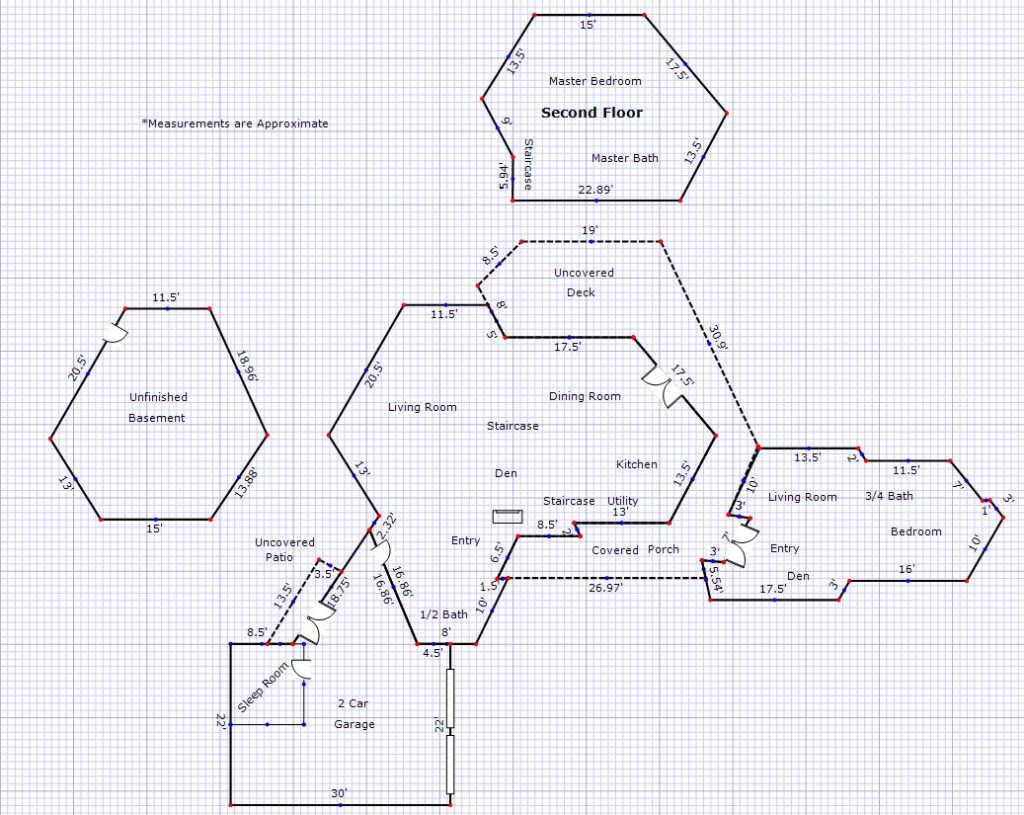 Excerpt: Imagine a 2,100 square foot, one and a half story house with an attached garage, porch, and deck. You probably imagined the typical bungalow. Now, imagine that house having 48 corners and only 4 of them are 90 degrees. I recently had an experience with just that house. Some architect, thinking they were Frank Lloyd Wright reincarnated, decided to build this house on a high bank cliff overlooking the Puget Sound. Don’t get me wrong, it was a pretty cool design, but I knew right away when I received the order for that appraisal that I was going to need some help.

To read more, click here Lots of reviews of the product, plus other similar products.

My comment: $19.95. An inexpensive product we all need!! They have been around for awhile, but most appraisers did not know about them. I appraise a lot of Victorians. Very useful!!