Excerpt: Consolidated Analytics, an AMC based in Anaheim California, was fined $3,000 for violating the Utah AMC Administrative Rules R162-2e-306 “Offering An Appraisal Assignment and Communicating with Two or More Appraisers About a Potential Assignment.

The specific part of this rule that pertains to broadcasting has been relatively effective in reducing the broadcasting of assignments. Clear Capital recently was fined $5,000 for failing to comply and there are additional complaints working their way through the system.

My comment: Broadcast orders are bad for many reasons for both the AMC and the appraiser: goes to everyone on their list, no considerations about appraiser qualifications for the assignment including geographic. Hundreds of appraisers competing on fees when business is slow make it hard for appraisers to stay in business. There is always someone with a lower fee, in appraising, and any type of business.

When business is strong, such as today, AMCs have to take whatever warm body they can get. Many appraisers are way too booked up and not taking any more work.

Maybe you can get your state appraisal regulator to get a similar regulation!!

Working with difficult appraisal clients(Opens in a new browser tab)

Which Appraisal Clients are used the most?(Opens in a new browser tab)

Marketing and Management Tips for Appraisers 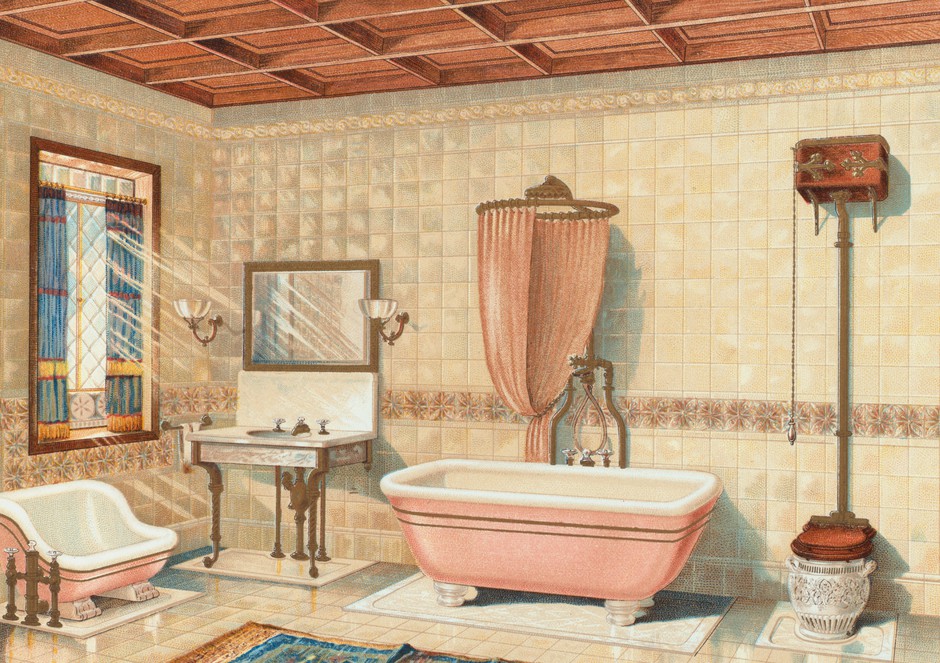 Cholera and tuberculosis outbreaks transformed the design and technology of the home bathroom. Will Covid-19 inspire a new wave of hygiene innovation?

Excerpt: Alter predicted that disease-avoidance would rise to the fore of bathroom design a few years ago, when he observed the traumatizing effects of the 2003 SARS outbreak on Toronto, which killed 44 people. But home design in general — and bathroom design in particular — has long been influenced by infectious disease. This isn’t a linear narrative with clear causation, but rather a convergence of advancements in science, infrastructure, plumbing, sanitation and design trends.

The modern bathroom developed alongside outbreaks of tuberculosis, cholera and influenza; its standard fixtures, wallcoverings, floorings, and finishes were implemented, in part, to promote health and hygiene in the home at a time of widespread public health concerns.

Very unusual bathrooms for appraisers(Opens in a new browser tab)

7 Things to Watch in your Appraisal Market

Seven things to watch in real estate during a pandemic

1) Listings: We often think about listings increasing as a way to see the market changing, but right now many markets across the country are seeing fewer new listings. So at times change is best seen with less of something rather than more. It’s not a surprise to see fewer new properties during a pandemic, right?…

7) Prices: In real estate we are so obsessed with prices, but that’s really the last place to look to see the market. What I mean is change happens first in the areas above before showing up in sales stats a couple months down the road. In short, for now the slower pandemic trend hasn’t infiltrated sales price figures as of yet in Sacramento. This doesn’t mean the market is stable in every price range and location. All I’m saying is regional and county stats don’t show price declines right now. Normally I pull monthly price data, but I’ve switched to weekly in order to see the trend sooner rather than later.

To see the other 4 factors plus lotsa graphs and many appraiser comments , click here

Pandemic and market for buyers and sellers: Appraisals(Opens in a new browser tab)

What are the most popular links in these newsletters? Weird properties, very expensive homes, etc. Plus Appraiser goes to jail (not many of these today), Freddie and Fannie no-appraisal loans. LIA’s Claudia Says ads are also very popular. Sorry, USPAP, ASB, AQB, ASC etc. are not very popular but I put them in just to let you know what is happening, even if you don’t care much ;> Here are two:

10 of the Most Beautiful Libraries on Earth

Take a break and a look at these beautiful and unusual libraries!!

From all over the world, including the Chicago Public Library

Chicago’s new Chinatown library branch has no sharp edges. The pebble-shaped building is wrapped in glass and marked by solar-shading fins that are meant to reduce heat and glare. The library’s curvy, three-sided shape is built around feng shui principles and designed to align with the avenues outside the building. Inside, the two-story structure is centered around a light-filled atrium.

No links for more info, but you can google the names.

Modernizing Appraisals: A Regulatory Review and the Future of the Industry

I usually check email, etc. when listening to something like this. Not this time. I tried doing one email and lost a few comments. I feverishly scribbled 16 pages of notes.

Here are a few tidbits:

I will write up my full report and analysis in the December issue of Appraisal Today, including a few humorous quips, which are buried in my notes somewhere. The Big Gorilla, Fannie Mae and its CU, was not speaking to answer the AVM and data questions

Would You Cook in One of These Wacky Kitchens?

Take a break and check out these weird kitchens, including links for more info. FYI, the Flintstone house was listed but never sold and is not on Airbnb. Spend a night there!!

11-3-16 Newz: Freddie-lower appraisal requirements, Do you like appraising?, Wells Fargo overcharges on appraisals

Small-city dwellers enjoy tighter networks, shorter commutes and an abundance of land, just to name a few advantages. Granted, there are tradeoffs such as perhaps fewer restaurant options or shorter business hours. But one of the best perks of living in a city with a relatively smaller population is cheaper cost of living – generally speaking, that is. According to the Economic Policy Institute, a two-parent, two-child family would need to earn $49,114 a year “to secure an adequate but modest living standard” in Morristown, Tenn., compared with $106,493 in Washington.

So which small cities outshine the rest? WalletHub’s analysts compared 1,268 cities with populations between 25,000 and 100,000 based on 30 key indicators of livability. They range from “housing costs” to “school-system quality” to “number of restaurants per capita.” Continue reading below for the winners of the top spots, expert commentary and a full description of our methodology.

My comment: Check your city – mine was listed!! But, did not rate high on cost of living with a median home price of around $800,000… But, you can see the mayor at the grocery store to complain about potholes ;>

Wells Fargo & Co (WFC.N) has agreed to pay $50 million to settle a racketeering lawsuit accusing it of overcharging hundreds of thousands of homeowners for appraisals ordered after they defaulted on their mortgage loans.

The proposed settlement, which requires court approval, was disclosed in a filing on Friday in an Oakland, California federal court. If approved, it will resolve nationwide claims that Wells Fargo charged much more than it paid for third-party appraisals, exploiting borrowers who could least afford it and driving them further into default.